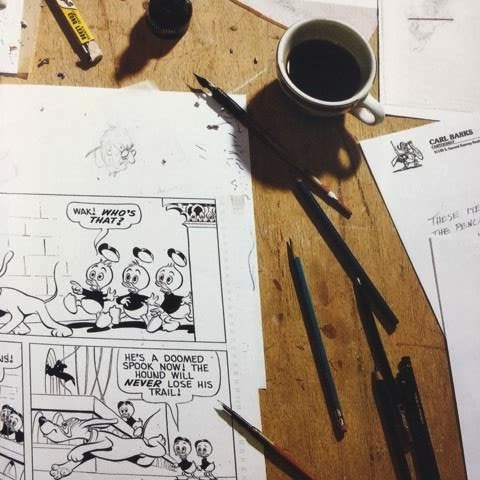 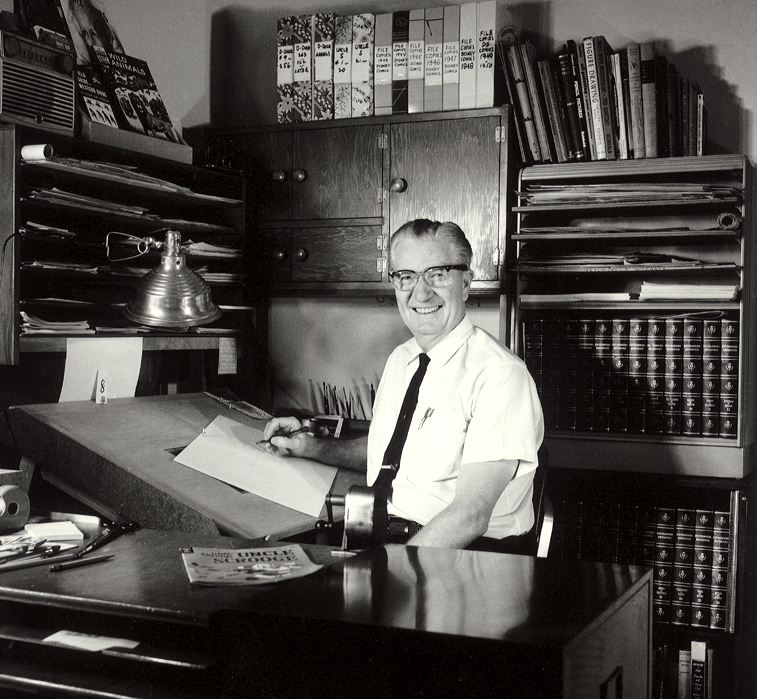 Very few of Carl Barks' original comic book pages have survived to the present day. Some may find it strange to learn that just a fraction of the thousands of pages have actually survived, but there is a reason: In the days when Barks drew his stories, comic magazines were not considered to be of lasting value. In fact, Barks himself just regarded comic books to be nothing but a passing fad so there was no incentive to save the originals.
At the time, Barks' publisher, Western, employed dozens of artists, who were producing a broad variety of comic book titles, and Western had no room for storing the humongous number of finished art sheets. And they didn't think there was any reason to do so. After they had received the material from the artists, the large sheets were photographed for printing and thus became redundant. They were taken to the publisher's incinerator and unceremoniously burned!

Today, we may find some consolation in the fact that about 3% of Barks' artwork has been saved for posterity. There are several reasons for this: some of the artwork was rejected by the publisher (and consequently stayed with Barks), some pages or panels were scrapped (and then returned to and filed by Barks), and some pages were rescued from a fiery end by employees at Western. Most of the surviving artwork was later shared in various printed publications, such as the Carl Barks Library, but only on this website will you find a full visual account of all the finished, inked artwork, both published and unpublished, that has survived.
Much of the material is now in private collections and it is certainly not the aim of this website to disclose any confidential information about the provenance that current or former owners wish to keep private. Although our focus is on the intrinsic value of the originals, in particular their history, rather than their market value, known prices of originals sold at public auctions will be mentioned. Other price and ownership information will only be shared if it has been made publicly available in the past or if we have the direct consent of the owners. Mainly, though, you will be able to find a lot of information, seasoned with brief comments from Barks himself, related to the surviving artwork. The intention of this website is also to get in contact with owners of original comic book pages /covers by Carl Barks on different levels, for example by presenting their original pages and any historical notes that they wish to share, as well as providing appraisals and/or buy offers upon request.