This is the most fascinating rumour surrounding Barks`surviving comic book artwork. It was published  April 28`th 2017, but the story goes all the way back to April 1973..

A Barks fan wrote a letter to Carl saying that an art dealer in New York had 16 original comic book covers by Barks ; 9 for Uncle Scrooge and 7 for Walt Disney Comics & Stories.

In his reply letter Barks admitted that he did not have any idea about that artwork ; what they are, who took them or their whereabouts during the years, and neither did Chase Craig ( Barks editor ) have any ideas.

It appears that somebody at Western Publishing took the opportunity while moving the offices from New York to Racine and asked permission to take some original artwork that would have otherwise been trashed and burned. Was the permission given ?, was it written ?, or what happened..? Nobody seems to know anymore..

At the time the artwork did not have any value ; It was considered trash. Nowadays, of course, the opposite is true, as can be seen in the auction prices.

However, for the past 40+ years there has not been information available for this pile lot of Barks`original covers.

What and where are they ? Are they still together or separated ?

The fan mentions in his letter from 1973 that there were hundreds of original comic book artworks that were ”evacuated” from the publisher, those 16 Barks covers among them.

Maybe these 2 covers was mixed in and thought to be done by Barks also..?

Remember, that back in 1973 no Barks indexes was not readily available, nor were records about his comic book artwork. The Graphic Gallery by Russ Cochran only started in 1973..

The exact same amount that was said to be found in the letter.

On a scale from the covers being completely lost to the point that somebody still holding them all silently, the truth might be somewhere in between..

Below you can read a part of the letter the fan send to Barks in April 1973.

Some passages and single pieces of specific information have been deleted by the editor (using ...):

... A dealer I know in New York, knowing of ... and my interest in original art, called me to tell me that he had, in his possession, a total of 16 pages of Barks cover art (9 Scrooge covers and 7 C&S covers). He told me, at this first contact, that he had written statements that the art was obtained from Western 'legally', with their knowledge and permission. Naturally I was very interested, and I told him so, and I told him that I would see what I could do in helping him get rid of it at good prices to the right collectors. He was interesting in moving fast, so I called a few people, one of them being ..., and told him of the availability of the covers. ... was to find out what interest there was out there, and he contacted ... and several others.
In the meantime, I talked to several other collectors about these pages and a couple of days after the first call from New York, and after I had contacted ..., I learned that what probably happened was that when Western moved some of their editorial offices from New York to Racine they ordered a large amount of artwork, on file in their New York offices, destroyed. An employee asked if he could have some and was told to take what he wanted and destroy the rest. So now, this dealer in New York has several hundred pieces of art for sale, and among all these pieces are the 16 Barks pages. Upon hearing this, I decided that I wanted no part of the deal. I am trying to build a long-lasting publication in ... , dealing straight from the top and never handling any artwork that might be of questionable origin.

I talked at length about this to the New York dealer, and his attitude is this: All original artwork (or practically all) is stolen. He bases this position on the fact that none of the syndicates have sold any art, and that all art now in the hands of collectors has been, in effect, 'spirited away' from the syndicate offices by employees over the years. For instance, he feels that since King Features Syndicate has not sold original artwork, that it still 'legally' belongs to them, even though thousands of collectors have originals of Flash Gordon, Popeye, etc, all the King strips.
True, KFS could not hope to recover this art as it has become dissipated throughout the country, but to publish this art for sale in a magazine ... is another thing! So regardless of how much I agree or disagree with the guy from New York, it could lead to nothing but trouble ... to have anything to do with the art. So it was at this point that I called ... back and told him that as far as I was concerned, I was out of it. The deal was off ... I don't know if he has dropped it or pursued it further.
... I do know that he [the dealer] plans to publish a long list of all the Western Pub. art, for sale - and I warned him that he was asking for a peck of trouble if it really was not legitimately obtained, but he seemed not to be worried about it ...

Thanks to Matti Eronen for the use as source and writer of this article.

You can read more about the ”Enigma” for the 16 comic book covers in Matti Eronen`s book ; ”A Study of Shadows”. 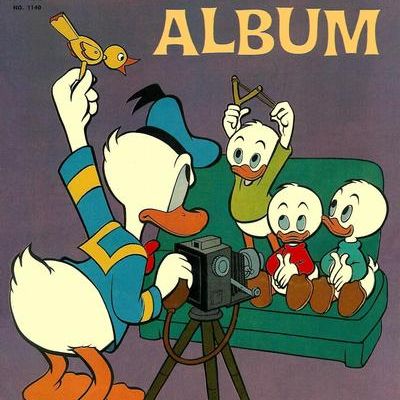 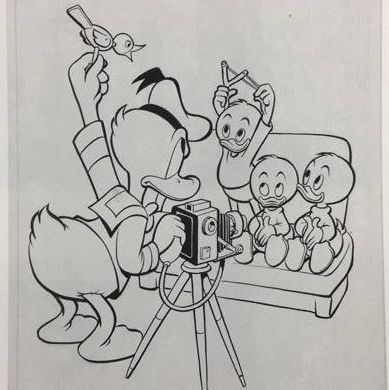 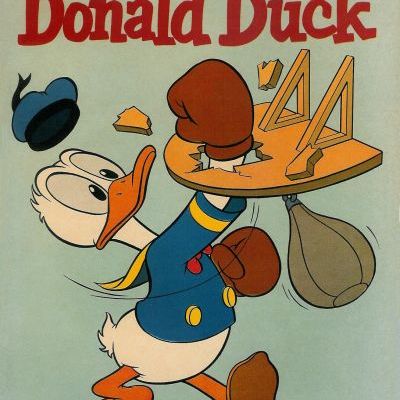 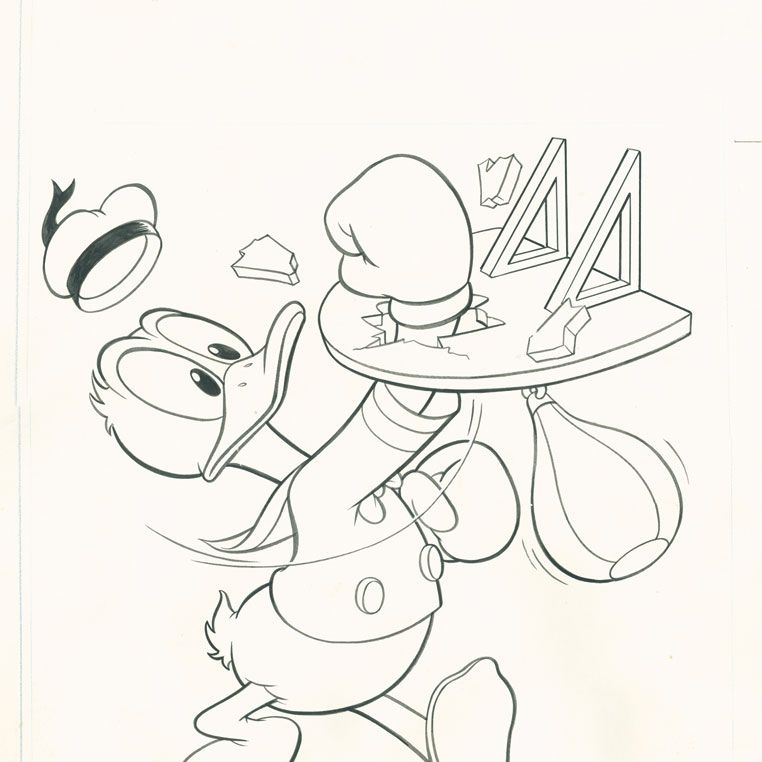 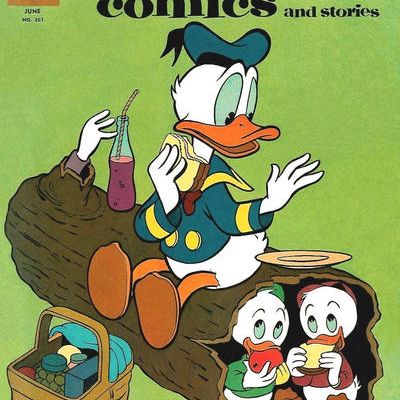 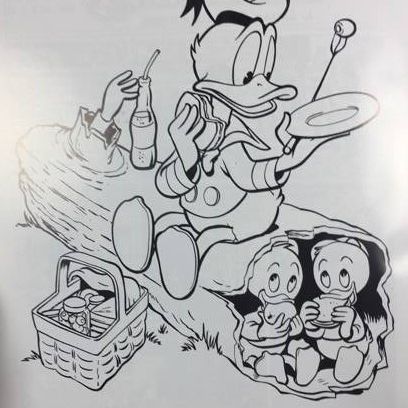 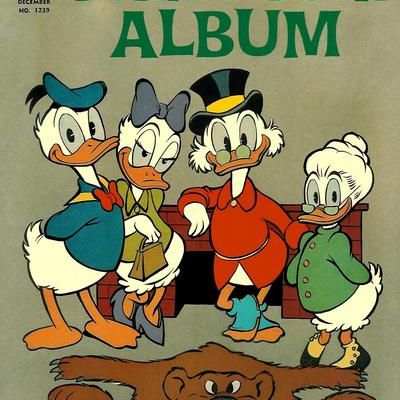 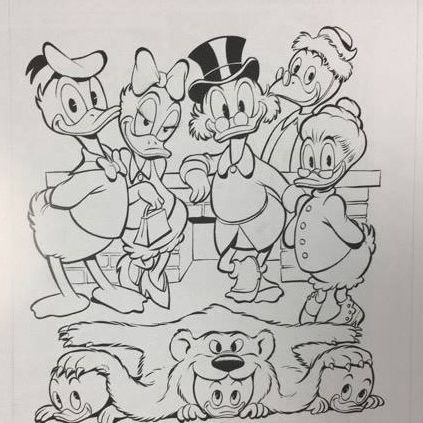 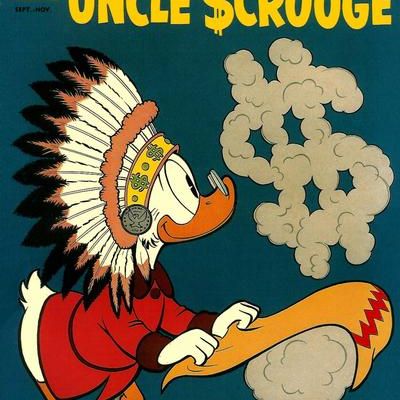 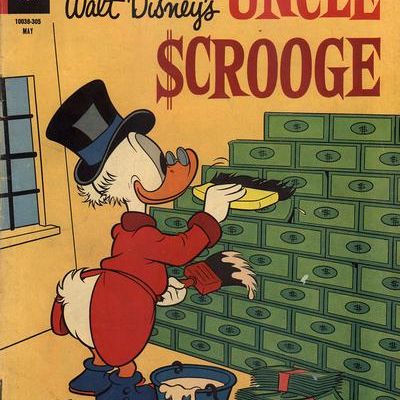 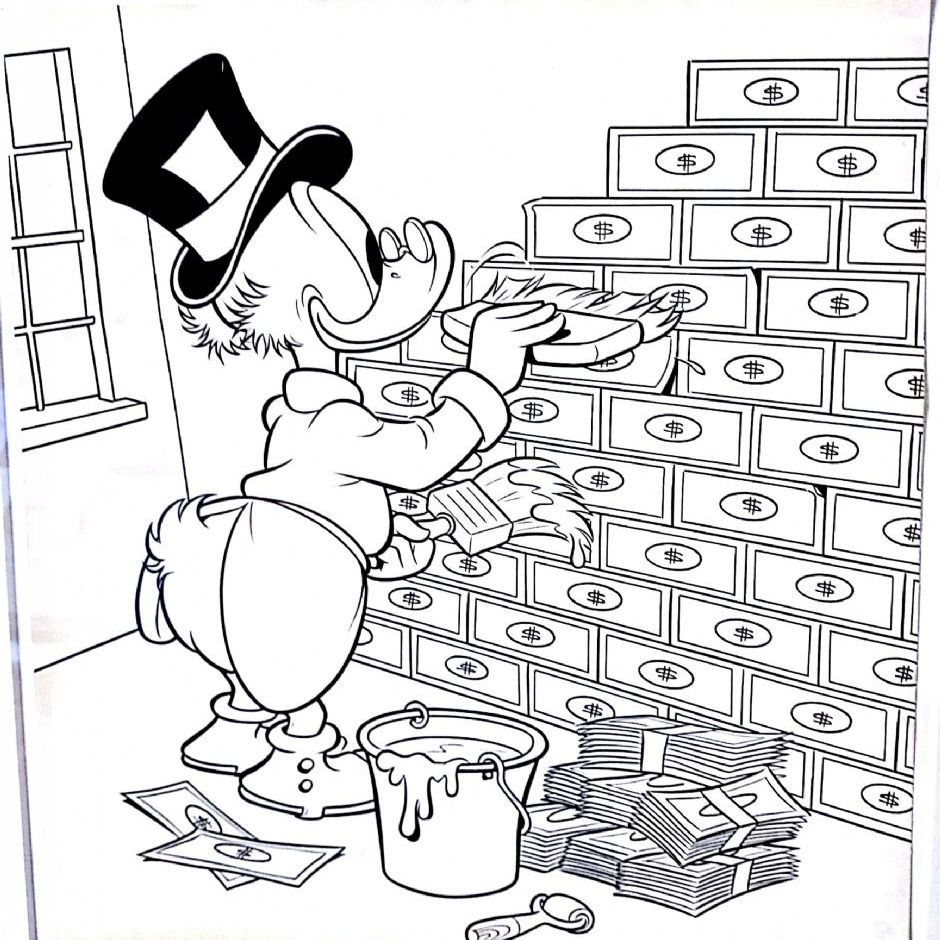 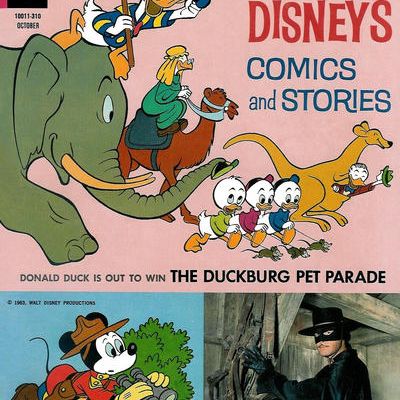 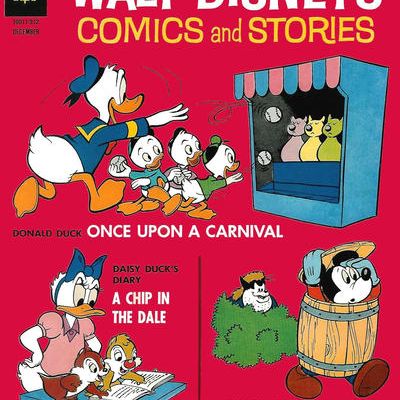 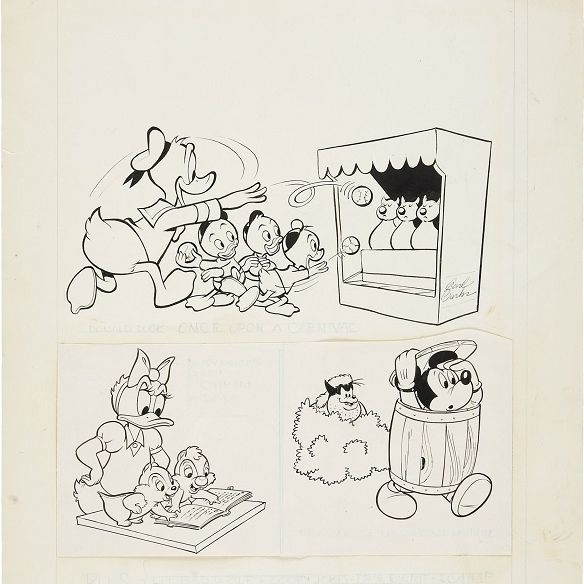 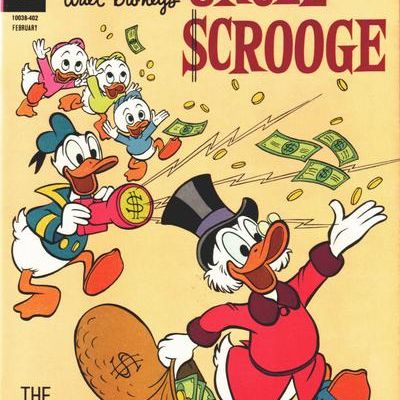 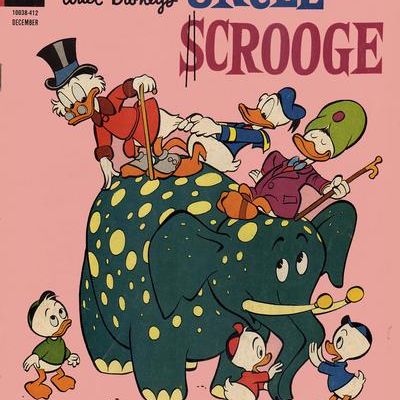 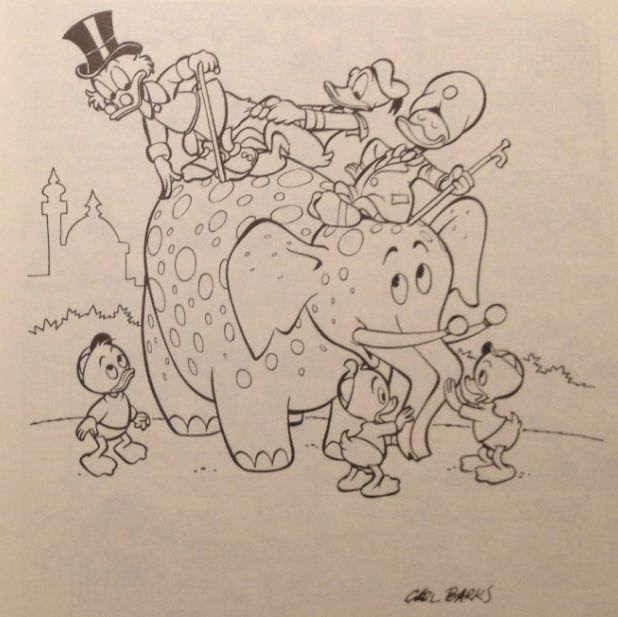 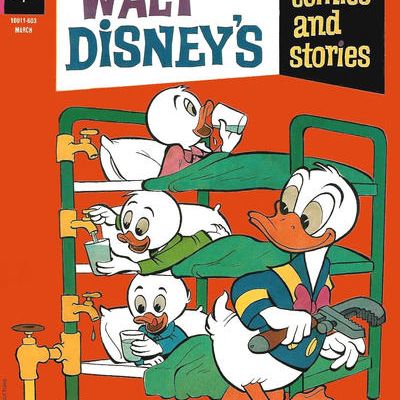 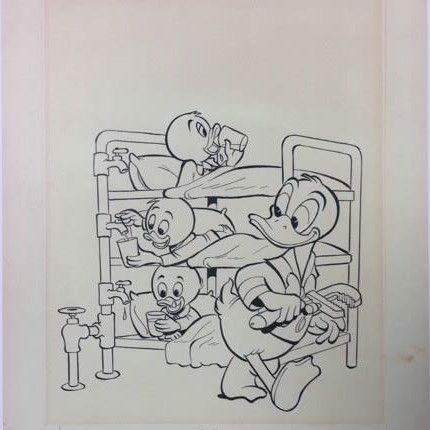 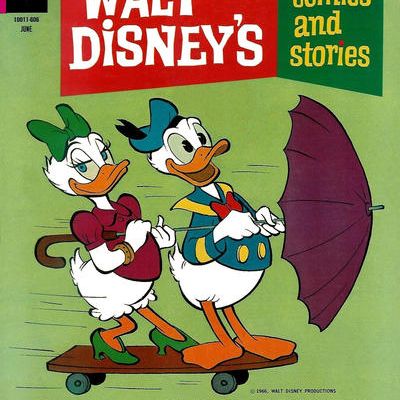 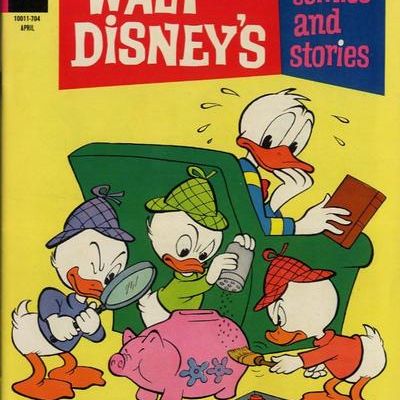 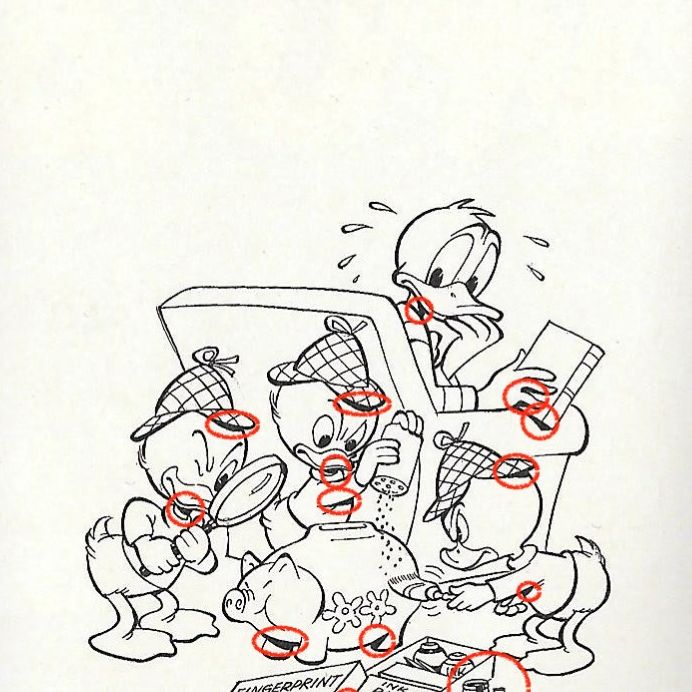 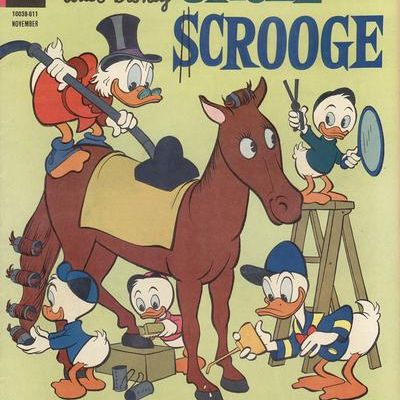 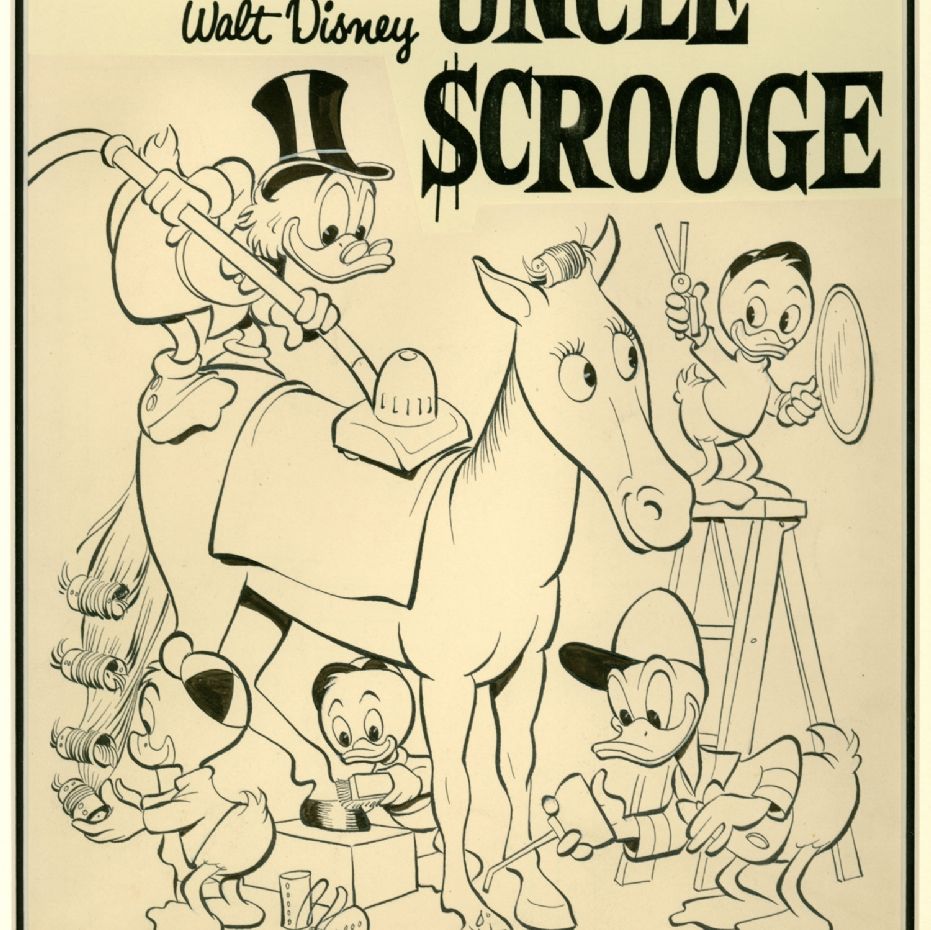 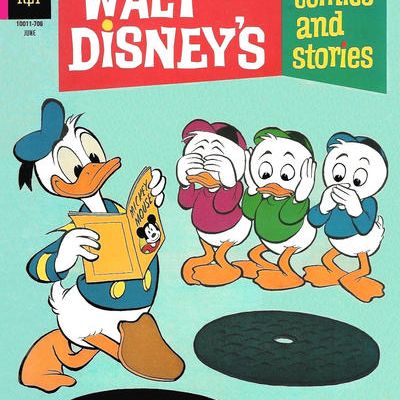 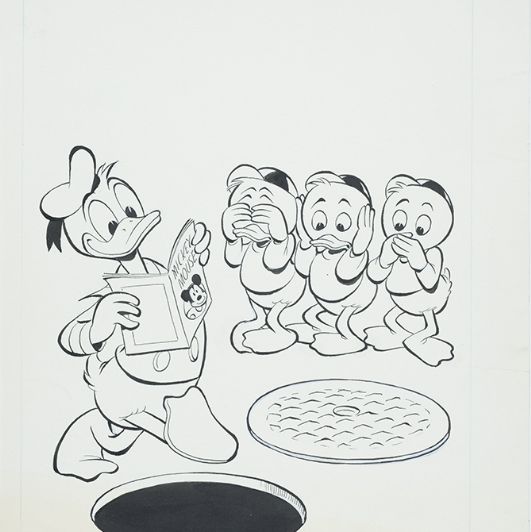 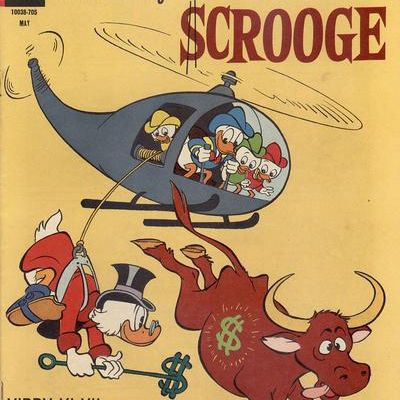