"Society of the First Dime"


The story of the "Society of the First Dime"

..Yes - You`re right ! - This guy is NOT Carl Barks..! This is John Bullis from Las Vegas who together with Mike Baron back in 1968 founded a little club called "The Society of the First Dime". Other members of the club was other Madisonians from Wisconsin University. Back in 1968 John Bullis asked Carl to make a "Portrait drawing" of Scrooge McDuck for their little club.

The original was sketched in blue pencil on Carl's stock comics cardboard (with his rule marks), just like the comic art, and then inked in for the finished work.  Distinguishable from the renegade copy by a copyright notice Carl inked below Scrooge's left foot, not seen on the copy.  Size is about 8 1/2" by 11".

John Bullis was so kind to pass the extraordinary fine drawing to me after nearly 50 years in his possesion.

To honor Carl Barks I have therefore decided continuing the tradition with the society inspired from the first one..With newly permission from the original founders the name of the club will still be : "The Society of the First Dime" and will contain only members that has owned or still own original comic book art by Carl Barks.

The founder of the First Society, John Bullis is appointed as a member of honor of the new 2017 founded Society.

Do you consider being a member ? Just contact me with a photo of your own artwork on this mail : marsnermail@adr.dk

The Portrait Drawing of Scrooge McDuck 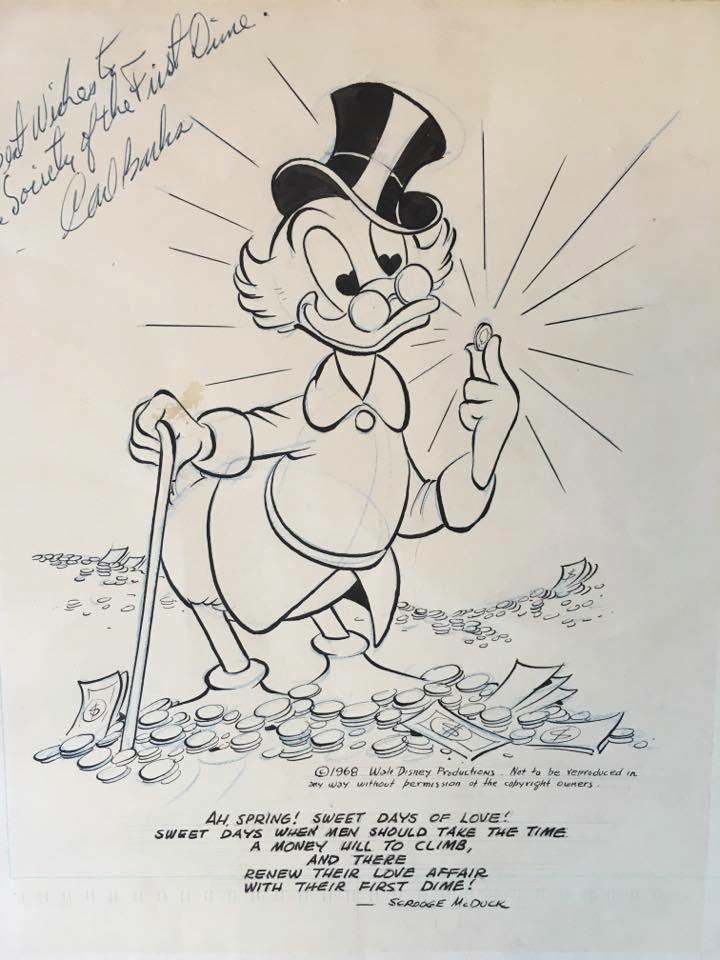 Of existing fan drawings made by Carl Barks none of it compares with the “Society Portrait”, which in my own noble opinion is one of the best..

The Poem to the First Dime !

In the letter that accompanied the drawing, Carl indicates that he was taking a long chance in drawing it for the Society, because in 1968, he was unsure of the support he might have from the Disney studios in such endeavors. Remember that Barks had retired drawing comics for Western about 2 years earlier the making of the “Society Portrait”.

Many thanks to John Bullis from “The Society of The First Dime” for taken care of this unique drawing for nearly 50 years and for passing the baton to me for being the new custodian of this masterpiece.

Barks also made a nice little poem beneath the drawing. 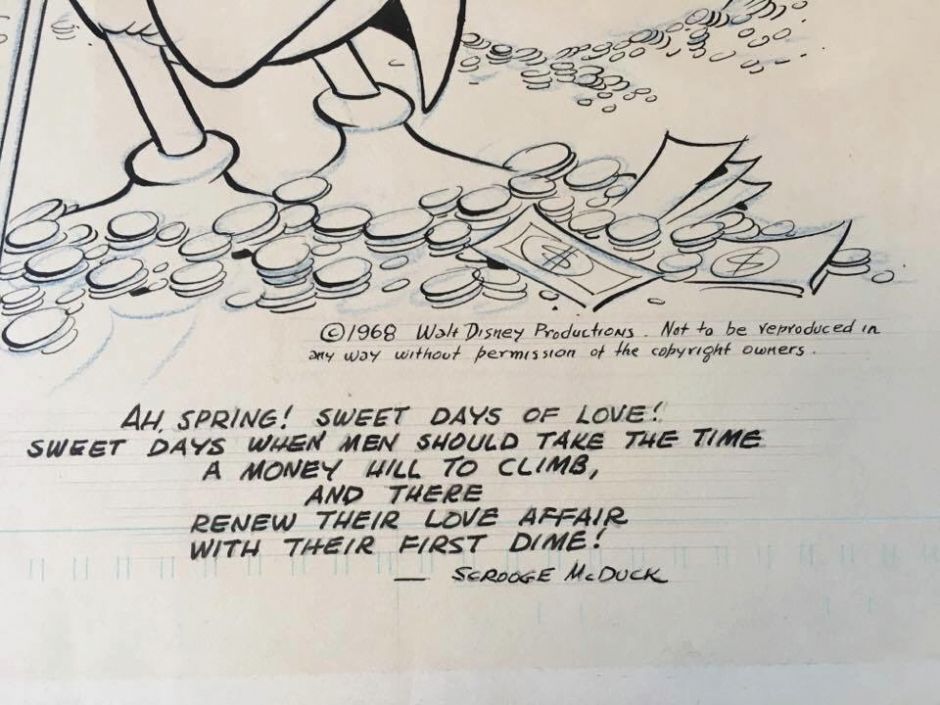 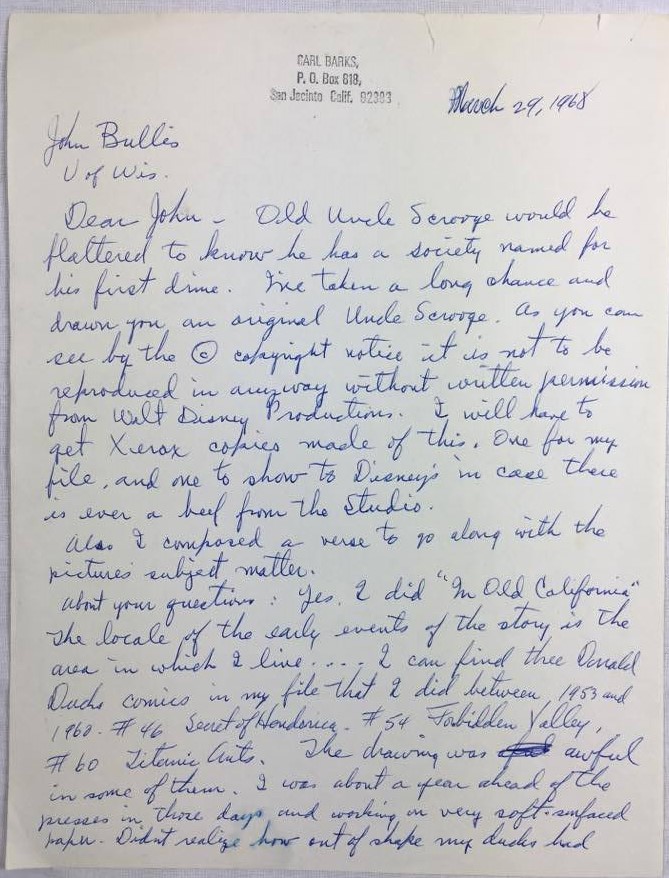 The letter to John Bullis

Here you can read the letter that Carl wrote to John Bullis, who was the founder of the "Society of the First Dime".

Carl was a bit nervous making the drawing because he didn`t want to have problems with Disney. He retired mid 1966 and made the drawing for the society in 1968. 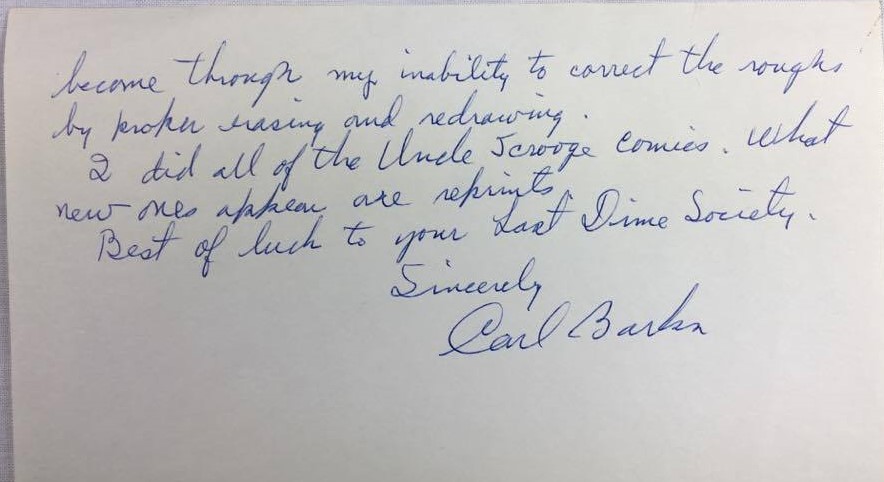 Sketches for the "Society"

Here are some nice sketches that Carl made for members of the "Society". Some of them has never been published before..! 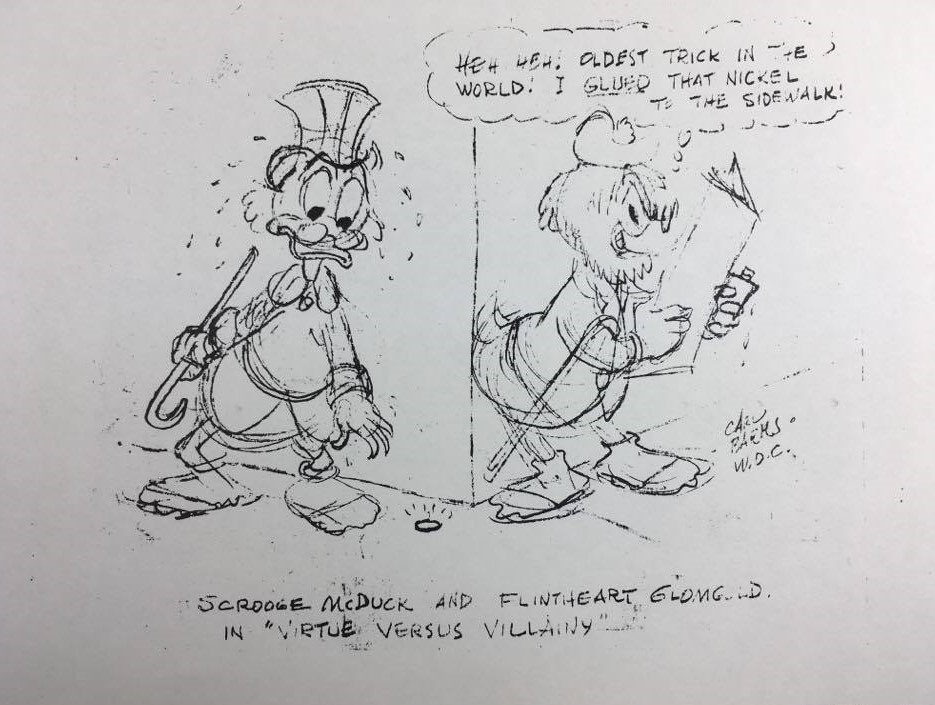 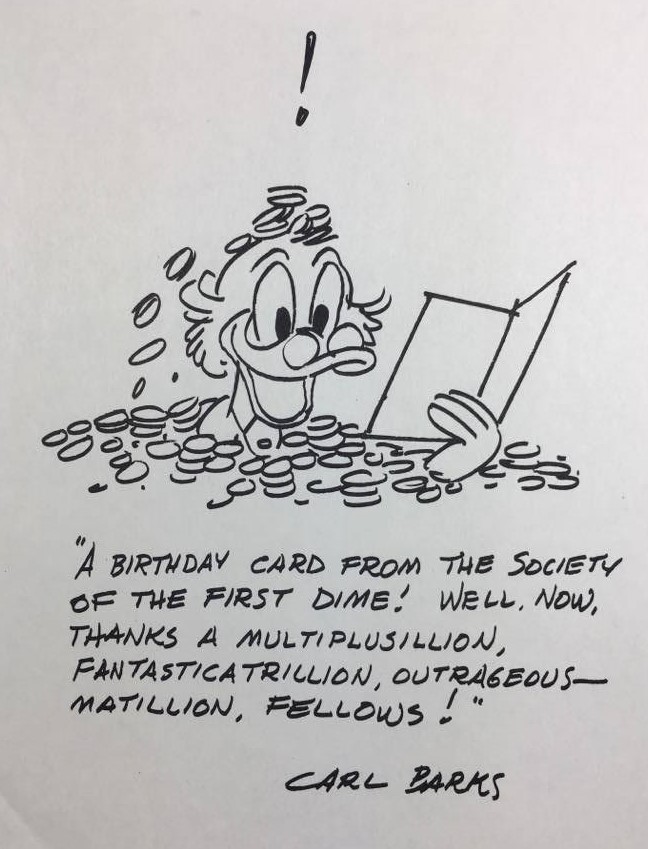 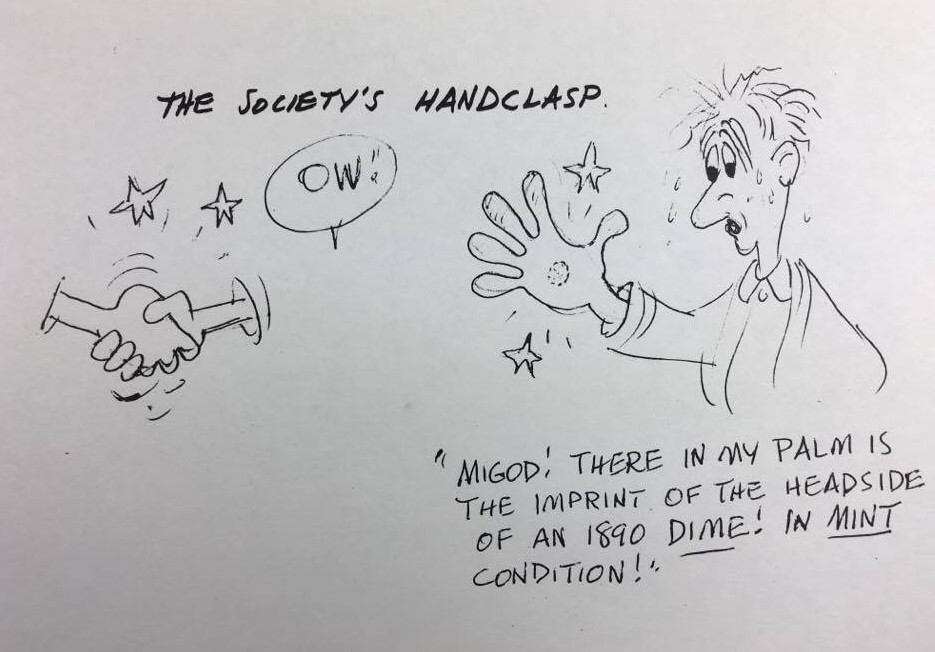 The portrait drawing of Scrooge McDuck - glassed and framed - 2017. 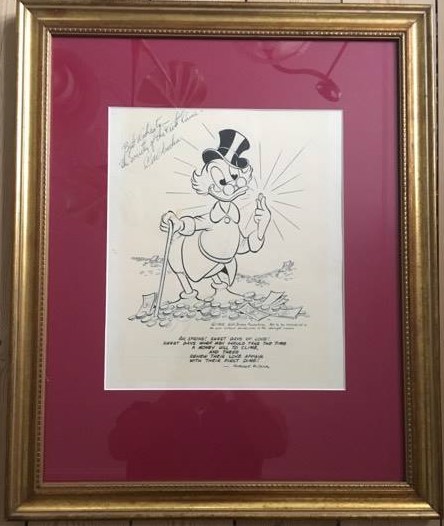 "The Master & the webmaster"

My meeting with Carl Barks in Copenhagen in the summer 1994. 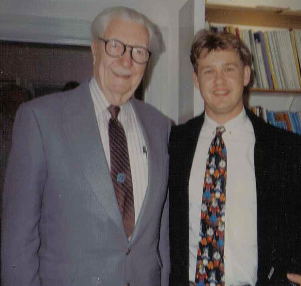